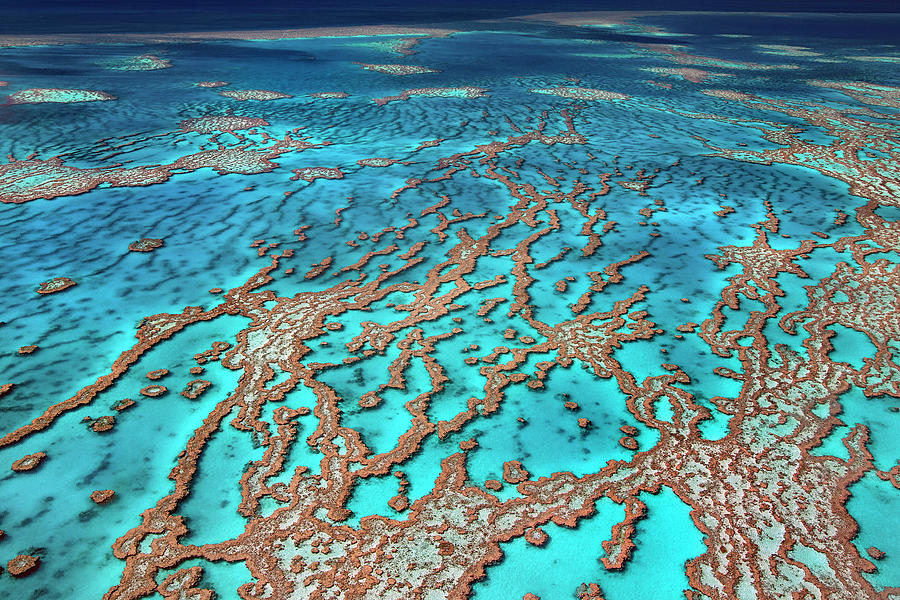 The Great Barrier Reef is the world's largest coral reef system composed of over 2,900 individual reefs and 900 islands stretching for over 2,300 kilometres (1,400 mi) over an area of approximately 344,400 square kilometres. The reef is located in the Coral Sea, off the coast of Queensland, Australia. The Great Barrier Reef can be seen from outer space and is the world's biggest single structure made by living organisms. This reef structure is composed of and built by billions of tiny organisms, known as coral polyps. It supports a wide diversity of life and was selected as a World Heritage Site in 1981. CNN labelled it one of the seven natural wonders of the world in 1997. Australian World Heritage places included it in its list in 2007. The Queensland National Trust named it a state icon of Queensland in 2006. A large part of the reef is protected by the Great Barrier Reef Marine Park.

Wow... just amazing. Was supposed to go to Australia in 2020 for the first time... but then COVID happened.

Thank you very much Tom! As far as I remember, I have always been fascinated by Australia. It took me quite some time to get enough money to go there for the first time, twenty years ago. I went from Cairns to Perth and from Darwin to Melbourne… What an amazing country! I wish you the best and a safe trip there when that COVID thing allows you to.

Super photo, Olivier !! I have been diving there 4 times, but on reefs which were far away from the coast.

Again, thank you very much Imi!! I believe Hardy reef, shown on this picture, is the closest reef to the Whitsunday islands. I have also been diving a few weeks on several reefs between the Whitsundays and Cairns in 2013. I heard that Australia's great barrier reef has suffered considerable damage from climate change since then.

Hi Olivier, I have been snorkeling twice at the Great Barrier Reef during visiting my niece, who lives in Cairns. I have been in Australia every year since 2000, an amazing continent.

Hi Angelika, I have been there only twice. Amazing indeed! From the Great Barrier Reef to Nambung and from Purnululu to the Great Ocean Road, so many incredible things to discover there… I hope I will have the chance to get back there some day.

Thank you Angelika! This is the coral reef on which I discovered scuba diving, something like 20 years ago. The Australian Great Barrier Reef is amazing. Unfortunately, the whole ecosystem is threatened by the rising water temperature.