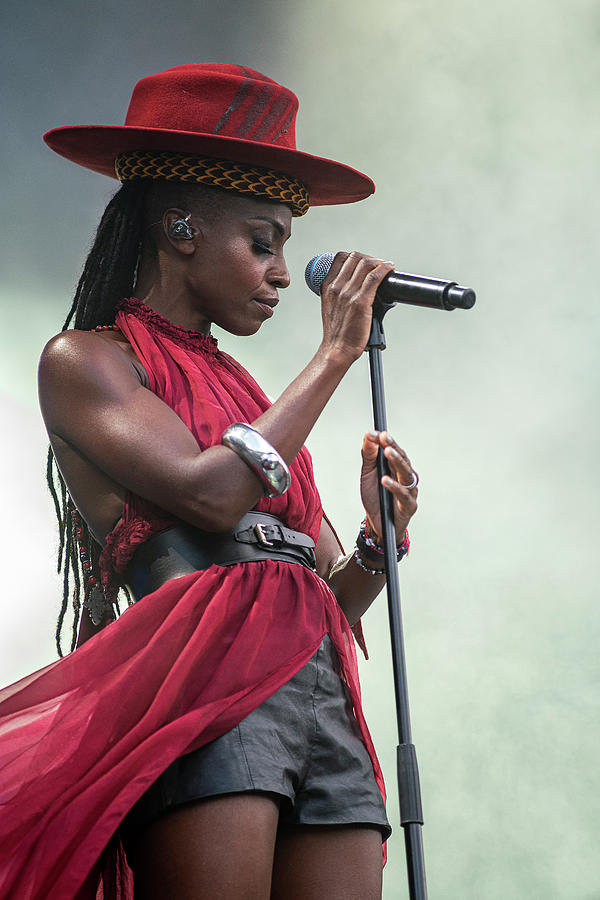 Morcheeba is an English electronic band formed in the mid-1990s with founding members vocalist Skye Edwards and the brothers Paul and Ross Godfrey. They mix influences from trip hop, rock, folk rock and downtempo, and have produced nine regular studio albums since 1995, two of which reached the UK top ten. The latest studio album of Morcheeba, Blackest Blue, was released in May 2021. Skye Edwards (born Shirley Klaris Yonavieve Edwards) decided to shorten her name to Skye by taking the first letter of each of her names and putting them together.

One of your peers nominated this image in the 1000 views Groups Special Features #18 promotion discussion. Please help your fellow artists by visiting and passing on the love to another artist in the the 1000 Views Group....L/F/Tw

Thanks a lot Diana Mary!

Congratulation.....your wonderful work has been featured in the 1000 Views on 1 Image Group ..... Please place your featured image in the Feature Archive and any other appropriate Archives l/f/p

Congrats! Your outstanding work has been chosen to be featured in the FAA group "Photography is Fun."