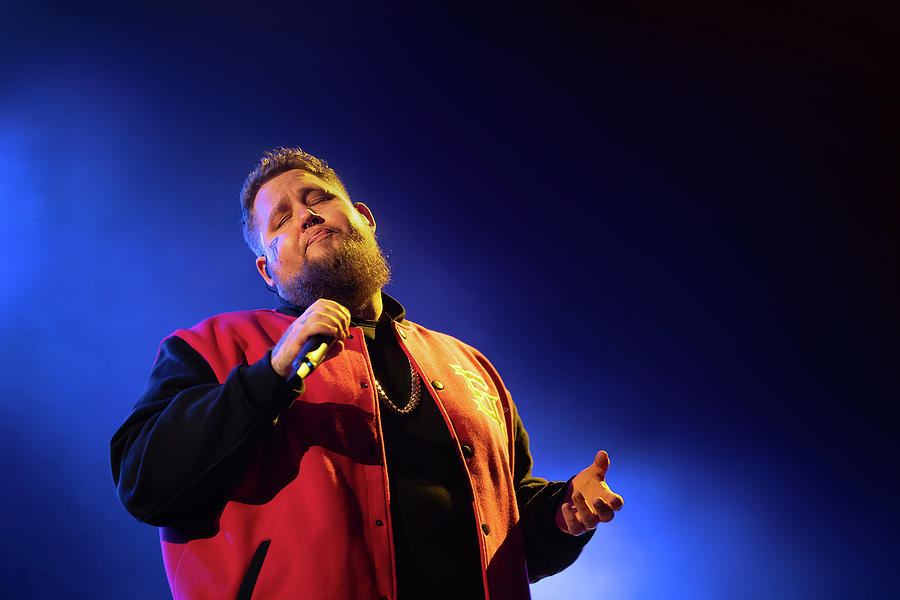 Rag'n'Bone Man (singer Rory Graham) performing live. Rag'n'Bone Man is a British singer and songwriter. He is known for his deep baritone voice. His first hit single, "Human", was released in 2016 and peaked at number one in the official singles charts in Austria, Belgium, Germany and Switzerland. It was certified Gold in Austria, Belgium, Germany, Italy, the Netherlands, Sweden and Switzerland. His debut album of the same name was released in 2017. At the 2017 Brit Awards, he was named British Breakthrough Act and received the Critics' Choice Award.

Outstanding work! Voted your entry in the Blue and Orange contest. l/f

Thank you very much Kay!