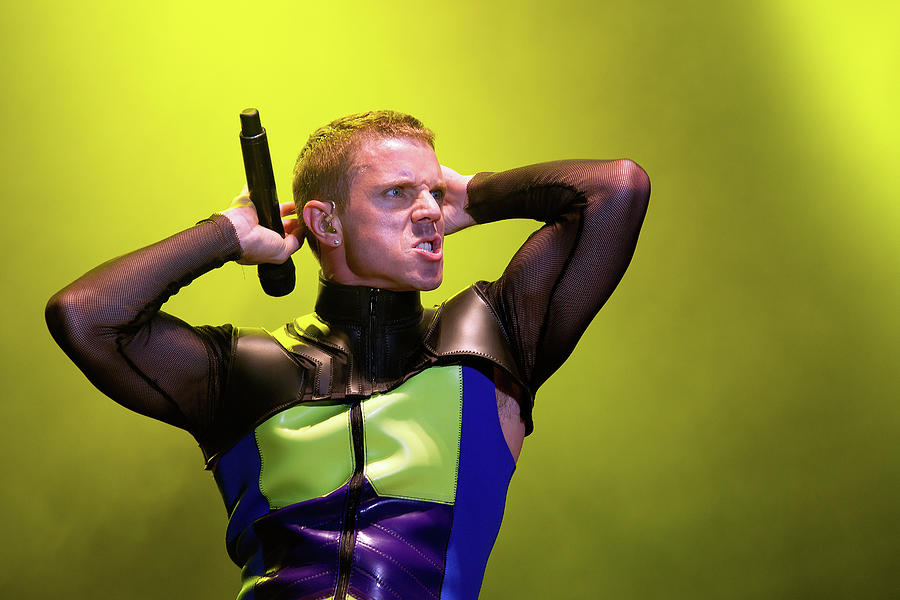 Scissor Sisters are an American pop rock band, formed in 2001, which members include Jake Shears and Ana Matronic as vocalists, Babydaddy as multi-instrumentalist, Del Marquis as lead guitar/bassist, and Randy Real (who replaced Paddy Boom) as drummer. Scissor Sisters incorporates diverse and eclectic styles in their music, but tends to sway towards pop rock, glam rock, nu-disco, and electroclash.

The band came to prominence following the release of their Grammy-nominated and chart-topping disco version of "Comfortably Numb" and subsequent debut album Scissor Sisters (2004). The album was a success, particularly in the UK where it reached number one, was the best-selling album of 2004, was later certified platinum by the BPI, and earned them three BRIT Awards in 2005. All five of its singles reached positions within the top 20 of the UK Singles Chart while "Filthy/Gorgeous" scored the band their first number one on Billboard's Hot Dance Club Songs.

The album continued its success in countries around Europe, in Australia and in Canada before the release of the band's second studio album Ta-Dah (2006), their second consecutive UK number one album which produced their first UK number one single "I Don't Feel Like Dancin'". Their third studio album Night Work (2010) displayed a shift towards a more club-oriented sound, charting at number two on the UK Albums Chart, number one on Billboard's Top Independent Albums chart and in the top 10 of several international territories. The band released their fourth studio album Magic Hour in May 2012.

Scissor Sisters has performed around the world and have become recognized for their controversial and transgressive live performances. They also collaborated with a number of other well-known pop musicians, including Elton John and Kylie Minogue; these particular collaborations have been received positively by both critics and other notable figures. In 2004, Bono, lead vocalist of rock band U2, described Scissor Sisters as "the best pop group in the world".

Terrific image - congrats on your feature in Stunning Images!

Thank you very much Sharon!

Thanks a lot Gary!

Congratulations, this amazing photo was featured in Stunning Images group. Check out the Discussions section of the group to see the other featured photographs.........https://fineartamerica.com/groups/stunning-images.html?showmessage=true&messageid=6911019