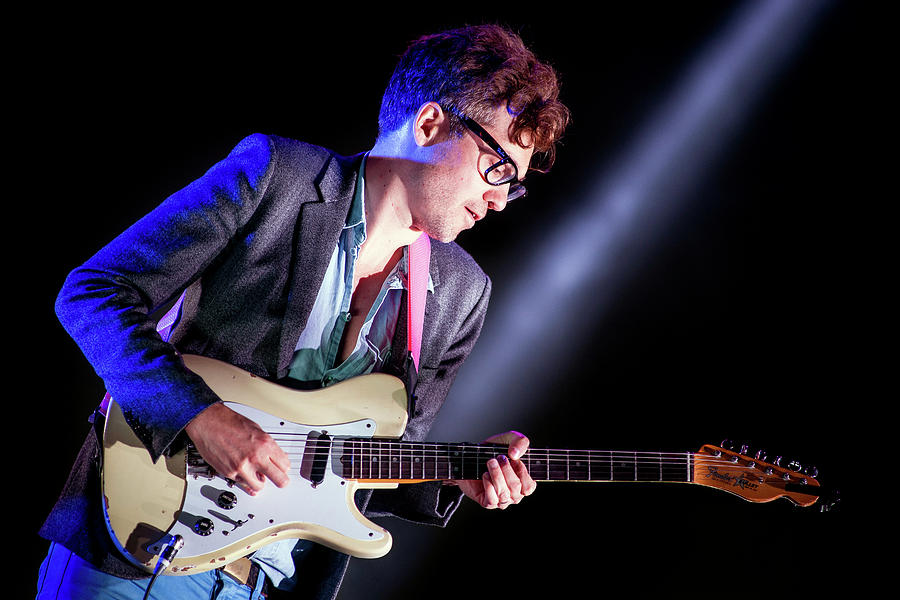 Phoenix is a French indie pop band from Versailles, France, consisting of Thomas Mars (lead vocals), Deck d'Arcy (bass/keyboards/backing vocals), Christian Mazzalai (guitar/backing vocals) and Laurent Brancowitz (guitar/keyboards/backing vocals). While they have released such critically acclaimed records as United and Wolfgang Amadeus Phoenix, they are best known for their singles "If I Ever Feel Better", "Lisztomania", "Too Young" and "1901".

Congratulations on being featured in the FAA Group 'Promote Your Work Here and Get Noticed.' To ensure your feature remains available over time, post your featured image(s) in the Group's featured image archive (l/f and pinned, www.pinterest.ca/tendrelimages/01-promote-your-work-here-get-noticed/)

Thank you very much Bob! I find concert photography to be quite exciting with those ever changing lights, fast moving subjects on stage and such a short amount of time to get a meaningful image. I hope that the concerts will soon be able to resume their normal course, as well as the entire artistic and cultural scene...