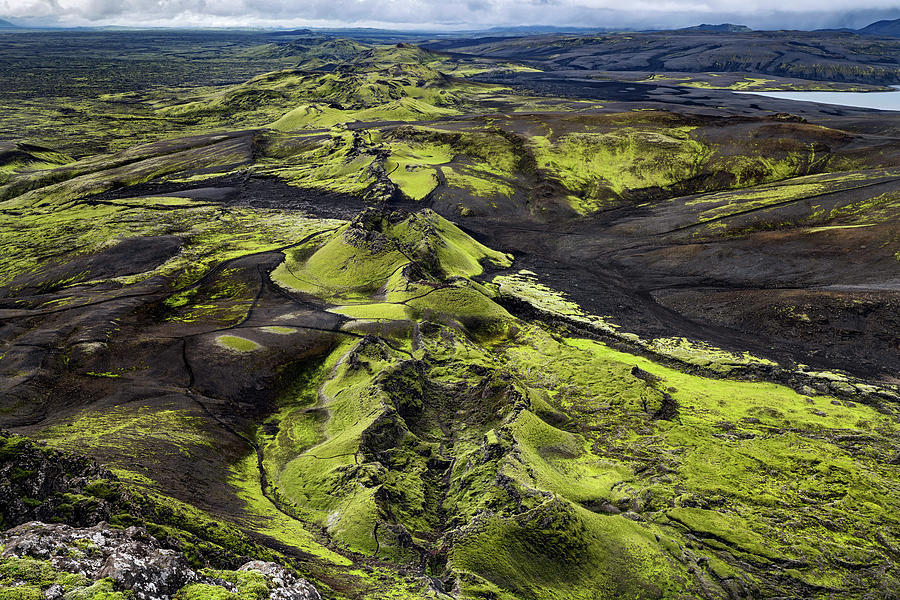 Iceland - Lakagigar the craters of Laki

Iceland - Lakagigar the craters of Laki

Laki, or Lakagígar (the Craters of Laki) is a volcanic fissure in the western part of Vatnajökull National Park, not far from the volcanic fissure of Eldgjá and the small village of Kirkjubæjarklaustur. The fissure is properly referred to as Lakagígar, while Laki is a mountain that the fissure bisects. Lakagígar is part of a volcanic system centered on the volcano Grímsvötn and including the volcano Thordarhyrna. It lies between the glaciers of Mýrdalsjökull and Vatnajökull, in an area of fissures that run in a southwest to northeast direction.

The system erupted violently over an eight-month period between June 1783 and February 1784 from the Laki fissure and the adjoining volcano Grímsvötn, pouring out an estimated 42 billion tons or 14 km3 of basalt lava. The Laki eruption, known as the Skaftáreldar, and its aftermath caused a drop in global temperatures, extraordinary weather phenomena and crop failures in Europe and beyond.

Thank you very much Tom! This place is out of this world…